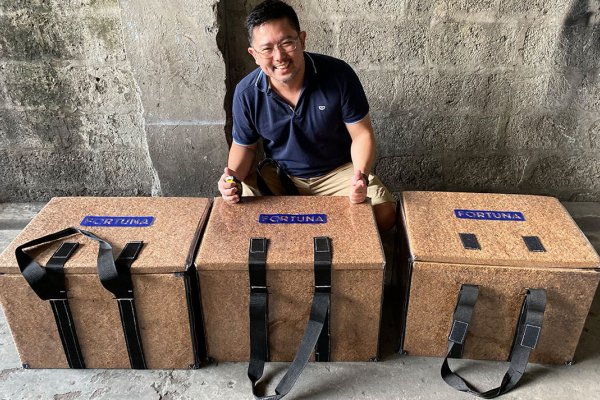 Expanded polystyrene is widely used as an insulator for food transport; in SE Asia, with its huge fish trade, several hundred million boxes are produced, sold and discarded every year. In the Philippines, studies show that about a third of this waste plastic reaches the ocean. The Coconut Cooler is the first cold storage product of its kind made from discarded coconut husks that can compete with expanded polystyrene coolers on both low price and high performance. Small scale seafood and produce traders will benefit from Fortuna's biodegradable long lasting coconut-based coolers. The project is also creating new green jobs and reducing CO2 emissions from burning billions of coconut husks yearly.

Watch this short video to know about the current status of Fortuna Cools' ocean innovation.