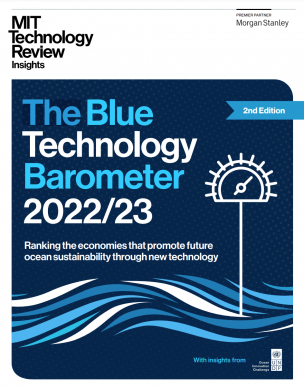 Based on qualitative and quantitative research conducted between May 2022 and October 2022, the interactive index shows which countries are progressing the fastest in global efforts to slow the effects of climate change on the marine environment, protect waters from overfishing, and tackle the challenge of accumulating plastic in the ocean.

Some of the key findings of the report are as follows:

The UNDP OIC's perspectives on the game-changing potentials of ocean innovations selected and supported by UNDP are featured on page 21 of the PDF report.

Download/read online the report in PDF or visit the interactive page.

We need kelp. And kelp needs our help.